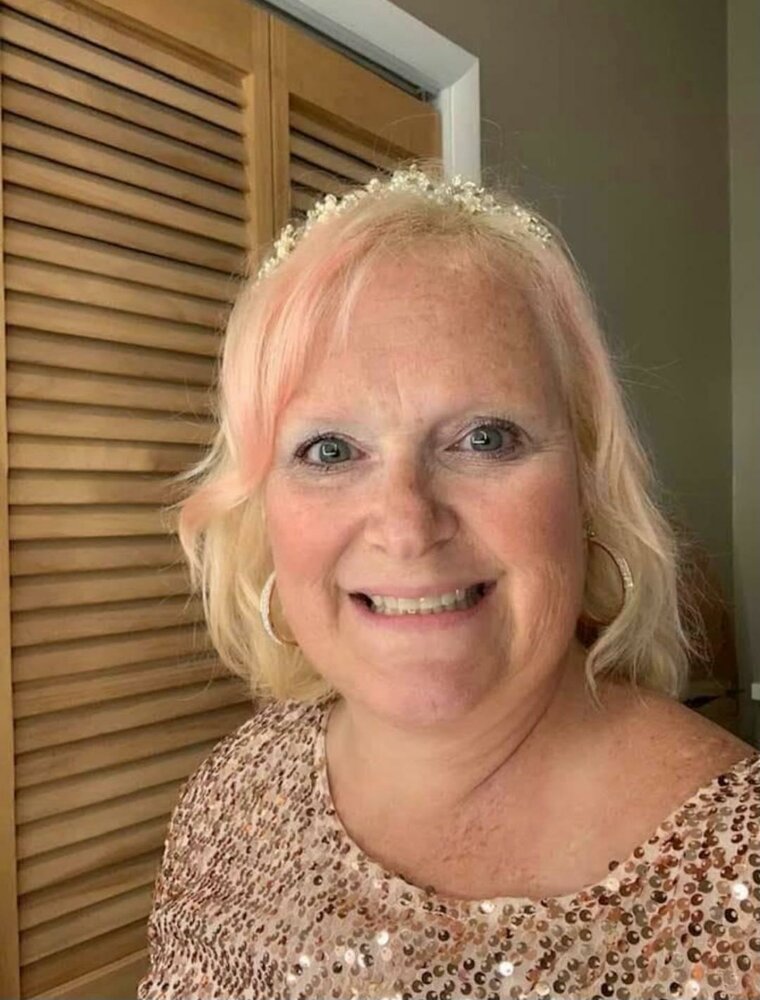 Please share a memory of Jacquelyn to include in a keepsake book for family and friends.
View Tribute Book

Jacquelyn Suzanne Starck Adrian Jackie 52 of Angelica NY passed peacefully November 6 2022 at Jones Memorial Hospital surrounded by Family and Friends after a long battle with breast cancer. Jackie is survived by her Mother Barbara Wahl and Father Guy Starck. The love of her life John Adrian, Her Sisters Margaret Herzog and Elizabeth Gugino, Children Emma and Lily (Matt) Winchell. Brother-in-law Bobby Herzog. Sister & Brother-in-law Char and Todd Brant Mother & Father-in-law Grace and John Adrian. Bonus Children Shaina (Devin) Monn, Ashley (Chris) Adrian, Skyler Adrian and Keith Winchell. THE best Auntie to Kris (Trevor) Roeske, Gabrielle (Nicholas) Agostinelli, Sophia and Daphne Gugino. Nicole Brant, Tyler (Allyse) Brant She was also the GLAMMA to Carson, James, Kolton and Remington. Great Auntie to Eli and Alice Roeske Her loving pets Wicket and Zebo! Many Aunts, Uncles and Cousins. Jackie graduated from Angelica Central school Class of 1988 and went on to attend Geneseo State University where she graduated with a Bachleors degree in Communications. She worked for Girl Scouts of America before starting her family. After the birth of her children and looking to change her career path she went on to attend Alfred State College for a Bachleors in Nursing which landed her in her ultimate career of delivering babies at Noyes and being the Director of OB at JMH. She was an active member of every committee. It gave her such delight to bring the tiniest of babies to the 10 pounders into this world. During her career she met a multitude of friends which brought a second set of families to her life. Jackie was an avid crafter and enjoyed bringing her personal touch to all birthdays anniversaries and special events to anyone who meant something to her. If you received a handmade card created by Jackie you knew she thought about every detail. She was also the first to answer the question of what date each of those special events was on and what number it represented. As the Gallman Cousins would say “That’s a Jackie question.”She was the President of Angelica Alumni. Enjoyed camping with family and friends, board games, puzzles and trivia. She was always by the rules and never second guessed her next move. She taught many to live by her rules even if some did not follow. She LOVED her Buffalo Bills and Harry Potter. Donations can be made to Jones Memorial Hospital in memory of Jackie Adrian for the OB Department.

Calling hours will be Friday November 11th from 4pm to 8 pm at the Brown & Powers Funeral Home 101 West Avenue in Angelica, where a Funeral will be held Saturday November 12th at 1:00 pm with Pastor David Ford officiating. The Service will also be livestreamed on the funeral home Facebook page below.

Share Your Memory of
Jacquelyn
Upload Your Memory View All Memories
Be the first to upload a memory!
Share A Memory
Plant a Tree