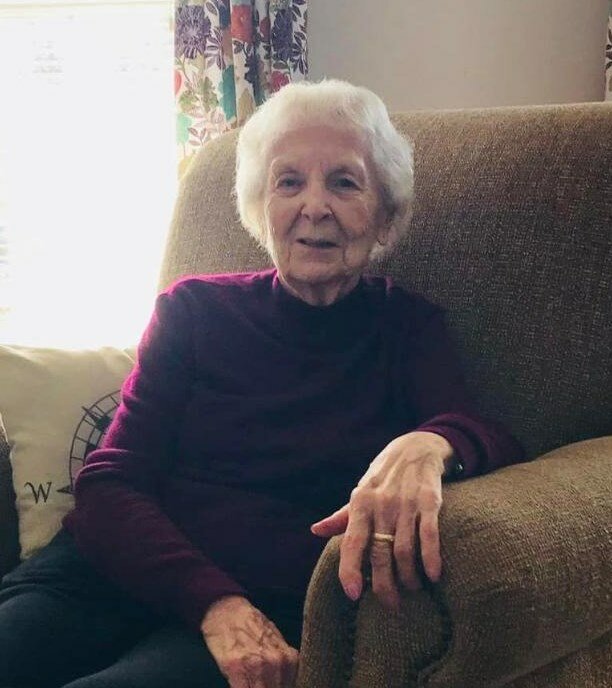 Please share a memory of Hazel to include in a keepsake book for family and friends.
View Tribute Book

Hazel M. Bracken, age 96 formerly of Park Street in Almond, passed away peacefully on Wednesday (August 17, 2022) at the Highland Nursing Home in Wellsville.

She was born in Almond, NY on November 28, 1925 the daughter of Dorr Cotton and Dorothy Foster Cotton, and was a lifelong area resident. Hazel had been a secretary for the former Mason Typewriters, and also for Maple City Dodge. She was a member of the Almond Community Church (formerly Almond Union of Churches), and also the Almond Historical Society and the Almond 20th Century Library.

She was predeceased by her parents, her husband Clyde Bracken on April 1, 2009, whom she married on March 16, 1946, her brothers Joseph Cotton, Kenneth Cotton, Bert Cotton, and her grandson Andrew Marlatt.

Hazel will be remembered and dearly missed for her many years of service to the Almond Community.  She served on the Board of the 20th Century club at the Library assisting in the operation and maintenance of the library, and attending numerous out of town meetings.  She organized and ran the sausage concession stand on Almond Community Days to benefit the Almond Library.  Hazel and Clyde for many years also chaired the Annual Volunteer Firemen’s Appreciation Dinner (best pan steak dinner around) and assisted with the Election Day rummage sale and lunch.  Hazel also was involved with overseeing operation of the concession stand at Almond Lions Bingo on Sunday evenings.  She served as chair of the Strawberry Festival to benefit the Historical Society/Hagadorn Housel House for 17 years, had been on the committee doing Mother/Daughter dinners at the Almond Union of Churches, and funeral dinners.  Hazel also worked as a volunteer at several Red Cross Blood Banks.

Hazel along with her husband Clyde helped and supported the Almond Community all their lives.  Hazel and Clyde were a tremendous team and most notably were selected Office for the Aging Co-Senior Citizens of the Year 2000.

The family will be present to receive friends on Thursday (August 25, 2022) from 4-6pm at the Bender-Brown & Powers Funeral Home of Hornell. A Memorial Service will be held at the conclusion of calling hours at 6:00pm with Rev. Michelle Ormsby-Serra officiating. Burial will be at the Almond Woodlawn Cemetery at the family’s convenience.

Memorial contributions can be made to the Almond Historical Society, or the Almond 20th Century Library.

Share Your Memory of
Hazel
Upload Your Memory View All Memories
Be the first to upload a memory!
Share A Memory
Plant a Tree