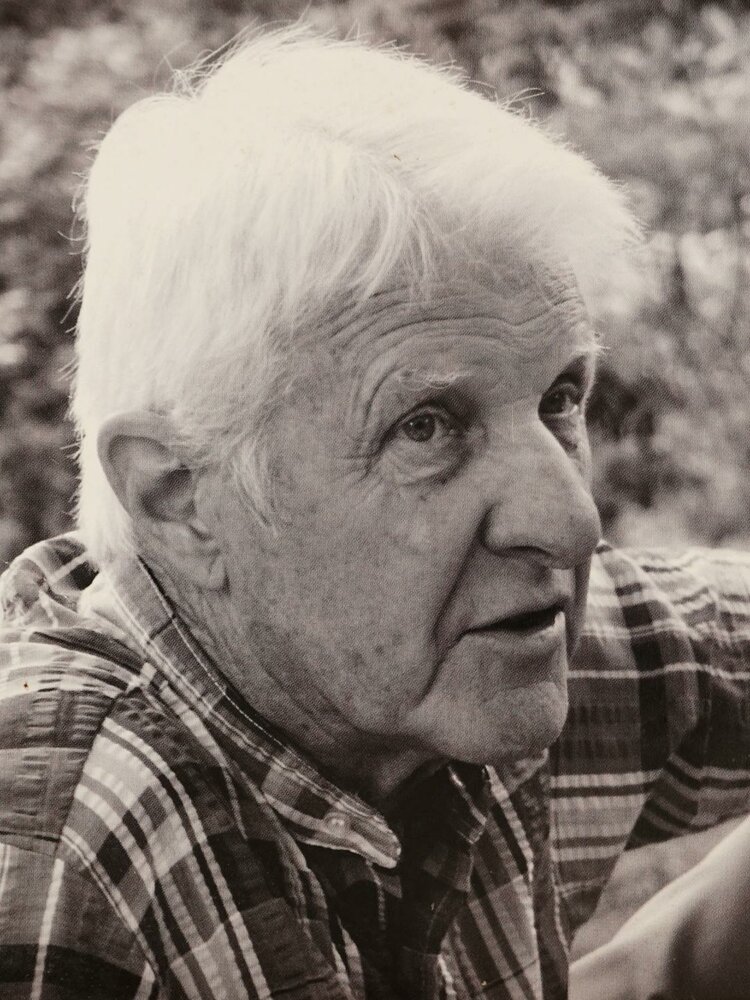 Please share a memory of Alfred to include in a keepsake book for family and friends.
View Tribute Book

Al grew up in Cleveland, Ohio, where he met his wife, Carlyn, and they raised their two daughters, Eve and Heather.

He found great joy in being a husband and father, and father-in-law to Eve's husband, Jon Bassett, and grandfather to their daughters, Palmer and Veronica.  Al and Carlyn retired to Alfred, NY where they thrived in Alfred's welcoming and artistic community: Al participated in iron pours, contributed to the final critiques in Alfred State College's architecture program, was a part of the Southern Tier Library System board, and loved the pottery lessons he took.

Al earned his bachelor's in Architecture and Urban Planning from Ohio State and masters in Alternative Energy from Goddard College. He worked as an Urban Planner all over the city of Cleveland, and for three years in Denver, where he was a part of creating the Boulder Green Space. When he returned to Cleveland, he worked as a residential architect, who designed homes and renovations filled with windows, skylights, and lofty ceilings, creating sunlight everywhere. During the many years he worked in Cleveland, people could walk into one of his spaces and know it was a Yanda house.

A quietly vibrant man, he laughed easily and treated every person he met with equal warmth.

He told stories of past moments in his life, which always included some "curious wrinkle" to make them particularly memorable. He loved classical music and jazz and said the only instrument he knew how to play was the radio. The family traveled all over the United States and Europe and hiked among the Rocky Mountains, the Green Mountains, and later, the hills of Western New York.

For 62 years, he and Carlyn held hands every night as they fell asleep.

The family will hold a private celebration of life.

Those wishing to remember Al are asked to consider a memorial contribution to a non-profit charity of one’s choice.

To send a remembrance to the family please visit www.brownandpowersfuneralhomes.com or on Facebook @brownpowersfh. The family is being assisted by Anthony Cone, director at the Bender-Brown & Powers Funeral Home of Hornell.

To plant a beautiful memorial tree in memory of Alfred Yanda, please visit our Tree Store

Look inside to read what others have shared
Family and friends are coming together online to create a special keepsake. Every memory left on the online obituary will be automatically included in this book.
View Tribute Book
Services for Alfred Yanda
There are no events scheduled. You can still show your support by planting a tree in memory of Alfred Yanda.
Plant a tree in memory of Alfred

Share Your Memory of
Alfred
Upload Your Memory View All Memories
Be the first to upload a memory!
Share A Memory
Plant a Tree