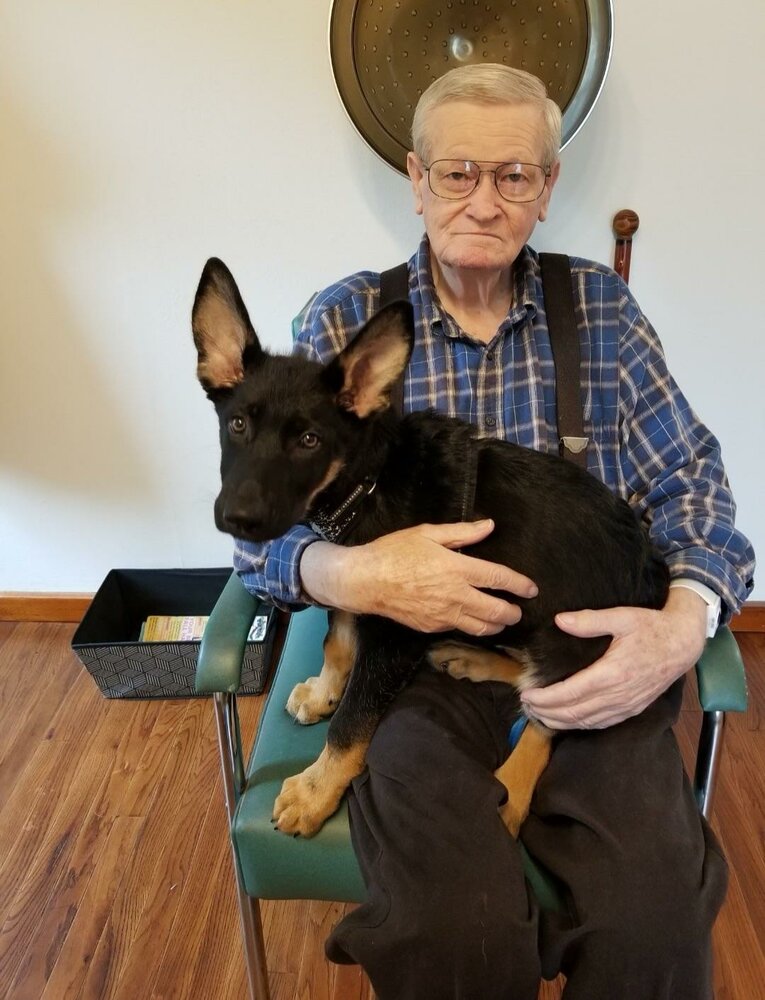 Please share a memory of Kenneth to include in a keepsake book for family and friends.
View Tribute Book

He was born on December 10, 1937 in Bath the son of Deo Dickson and Mable Wilson Dickson. Kenneth was a dairy farmer for the Dickson Family farm in Bath. On February 3, 1962 he married Georgianna Putman Dickson who survives.

He was predeceased by his parents, and his son Kenneth “Duffy” C. Dickson Jr.

A Private family service will be held at a later date.

Funeral arrangements are with the Bender-Brown & Powers Funeral Home in Hornell, and condolences can be made on www.brownandpowersfuneralhomes.com or on Facebook @brownpowersfh, the family is being assisted by director Chester A. Gosper IV.

Memorial contributions can be made to the Hornell Gardens Activity Fund 434 Monroe Avenue Hornell NY 14843.

Look inside to read what others have shared
Family and friends are coming together online to create a special keepsake. Every memory left on the online obituary will be automatically included in this book.
View Tribute Book
Services for Kenneth Dickson Sr.
There are no events scheduled. You can still show your support by planting a tree in memory of Kenneth Dickson Sr..
Plant a tree in memory of Kenneth

Share Your Memory of
Kenneth
Upload Your Memory View All Memories
Be the first to upload a memory!
Share A Memory
Plant a Tree