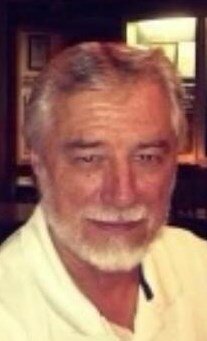 Please share a memory of Gerald to include in a keepsake book for family and friends.
View Tribute Book

Born August 15, 1942, in Hornell NY to the late Glenn and Nina (Champlin) Prentice, Gerald played sports in high school. Upon graduation he enlisted in the US Air Force where he received training in Dental Services. On October 1, 1966, he was married to Sharon M. Dick, who survives.

Gerald enjoyed building and racing cars at the Woodhull raceway. He also enjoyed playing softball and was an avid bowler, with 7 perfect (300) games under his belt. It was at the Hornell Bowl where he earned the nickname “Bomber.”

He was employed by the former SKF plant in Hornell as well as the former Hornell Evening Tribune and Verizon Communications, from which he retired. Following his retirement, he worked briefly for St. James Mercy Hospital.

Gerald was a member of the Hornell VFW Post 2250, The Arkport American Legion, The Hornell Am Vets, The Hornell Association and Hornell Moose Lodge #210.

He was predeceased by his parents, Glenn and Nina (Champlin) Prentice, Brother, David Prentice and his companion of 20 plus years Kelly S. Bailey.

At his request there will be no calling hours. There will be a celebration of life at the VFW 245 Canisteo Street in Hornell on Wednesday July 13, 2022, from 3 to 7 pm. For family and friends.

Share Your Memory of
Gerald
Upload Your Memory View All Memories
Be the first to upload a memory!
Share A Memory
Plant a Tree