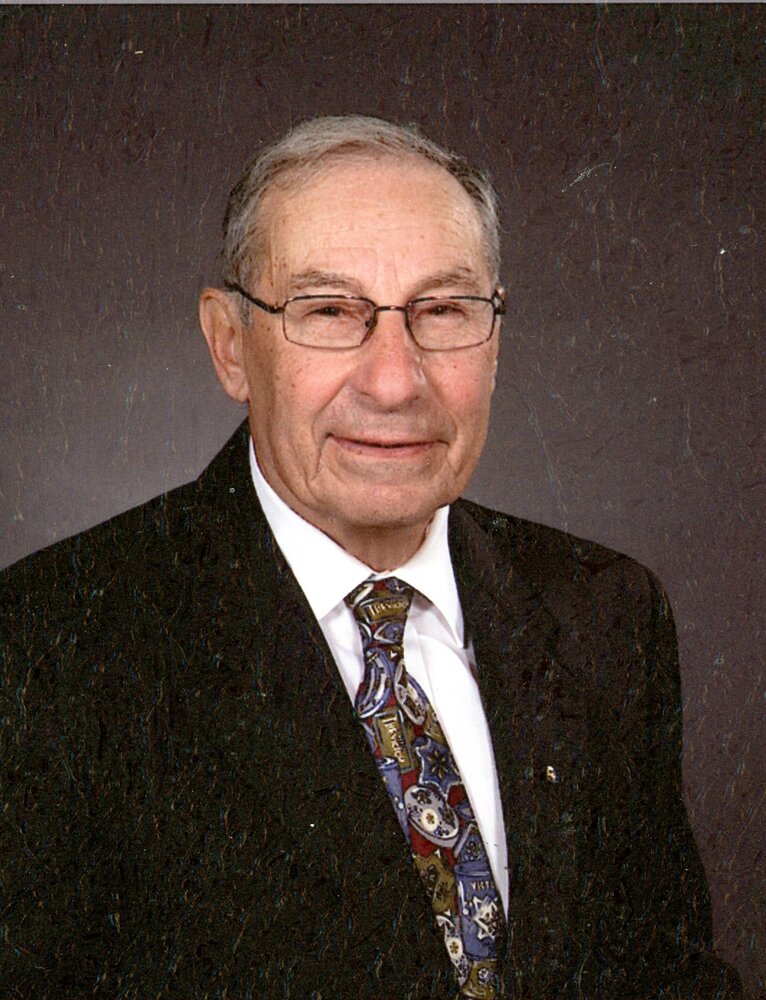 Please share a memory of Charles to include in a keepsake book for family and friends.
View Tribute Book
Charles P. Phillipson Alfred Charles P. Phillipson, 94, formerly of Pine Hill Drive, passed away Saturday (May 28, 2022) at St. James Hospital. Born in Watertown, New York, April 3, 1928 he was the son of Louis and Celia Rosinsky Phillipson. He had made his home in Alfred since 1963. He was a graduate of Watertown High School, attended St. Lawrence University before transferring to Drake University where he received his Bachelors Degree in Business Administration. Later, he received his Masters Degree in Education from Alfred University. He did graduate work at Buffalo State College, Geneseo State, and University of Buffalo. After graduation, from college, he worked in Glens Falls, NY in the sporting goods department at Montgomery Ward. He then purchased the Wise Potato Chip Franchise in Watertown after the death of his father-in-law, Charles Mecomonaco. He taught math at SUNY Alfred before his retirement in 1990. He also taught after retirement as an Adjunct at Alfred University. Phil also taught at Jefferson Community College summer school. He and Rita enjoyed spending their summers at their cottage on Guffins Bay, Dexter NY on Lake Ontario and winters in Bradenton, Florida. They traveled and went on cruises to Alaska, the Caribbean and Nova Scotia. Charles served his country proudly in the United States Navy from 1946-1948. Phil was a Charter Member of the Alfred Lions Club, had served as District Governor and was very active up until just recently, assisting in opening new clubs and attending many meetings at Lions Clubs all over New York State. He was an active volunteer for the Meals On Wheels program, an avid golfer, and enjoyed fishing and shooting pool. He was predeceased by his parents, his wife, Rita Phillipson in 2015, as well as his two brothers, Bernard and Ronald Phillipson, He was also predeceased by his daughter, Darcey Phillipson shortly after her birth, great grand daughter, Lia Higgins. Surviving are his daughters, Janice (Brad) Burdick of Alfred Station, Jo-Anne (Paul) Freeland of Almond and Julie Phillipson of Buffalo, his son, Mark (Diana Lyn) Phillipson of Bath, 8 grandchildren, Kurt (Jennifer) Phillipson, Kori (Scott) Colgrove, Samanatha (Mark) Tiano, Sarah (Mike) Covel, Melissa Higgins, Shaun (Meggan) Freeland, Robert (Jen) Freeland, Katherine (Jason) Warner, and 15 great grandchildren. Christopher, Connor and Cooper Phillipson, Gabriella and Zachary Colgrove, Trent, Garrett, and Kellen Freeland, Mason and Madysin Tiano, Willow and Francis Freeland, Nathan ,Onalee Warner, and Brody Covel. To send a message to the family, please visit www.brownandpowersfuneralhomes.com or on Facebook@brownpowersfh. The family is being assisted by Gerald R. Brown, Director Family and friends are invited to attend calling hours on Thursday (June 2, 2022) from Noon until 1:30PM at the Bender-Brown & Powers Funeral Home, 354 Canisteo Street in Hornell where a time of sharing will be held at 1:30 PM followed by a graveside committal service at Alfred Rural Cemetery. Phil’s family would like to thank Dr. Andrew Call and his staff for many years of care, Updyke’s Willow Ridge and their caring staff where he resided since January 2021, as well as the staff at St. James Hospital. Friends wishing may make memorial contributions to the Alfred Lions Club, c/o Beth Plaisted, 39 North Main Street, Alfred, New York 14802.
To plant a beautiful memorial tree in memory of Charles Phillipson, please visit our Tree Store
Thursday
2
June

Share Your Memory of
Charles
Upload Your Memory View All Memories
Be the first to upload a memory!
Share A Memory
Plant a Tree