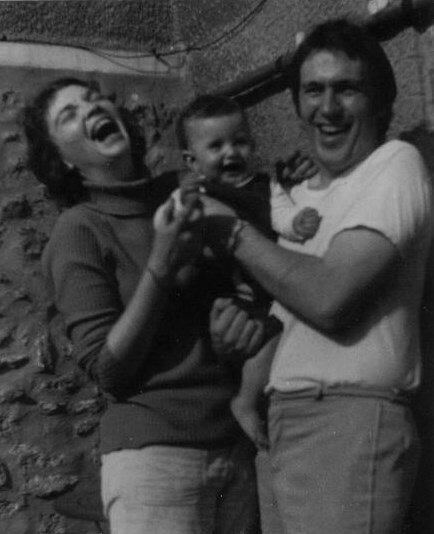 Please share a memory of Gerard to include in a keepsake book for family and friends.
View Tribute Book
Gerard J. Bordeau Hornell Gerard Bordeau, 73, of Webster Street in Hornell, passed away Sunday (May 15, 2022) at The Hornell Gardens. Born in Paris, France on September 17, 1948 the son of Albert and Marcelle (Farcinet) Bordeau he had spent his early years residing in France before splitting time between The U.S. On September 11, 1971 he married Lisa Gertzman who survives. In the Late 1970’s Gerard and Lisa moved to the United States where they settled in the New York and New Jersey area. Recently their lives brought them to Hornell where Gerard enjoyed the last two years of his life. He had been Self Employed for many years as a house painter and paper hanger and will remembered for his love and compassion for animals and his love of cartooning which included the sketching of many characters. Gerard also had a special place in his heart for music and the arts. He was predeceased by both parents as well as his Half Brother; Jacques Lety, and a nephew; Michel Bordeau. Surviving in addition to his wife of fifty years (Lisa Bordeau) of Hornell are two sons; David Bordeau of Port Henry, N.Y. and Charles (Basia Chytla) Bordeau of Hillsborough, N.J., his Ex Wife; Robin Bordeau of Butler, N.J., a brother; Pierre Bordeau of France, a sister; Marie-Therese Pommier of France and a grandson; Sebastien Bordeau of Butler, N.J. In accordance to Gerard’s wishes, there will be no calling hours. A celebration of life will be held at future date. Those wishing to remember Gerard are asked to consider a memorial contribution to The Hornell Area Humane Society, 7649 Industrial Park Rd, Hornell N.Y. 14843. The family is being assisted by Anthony Cone, Director at the Bender-Brown & Powers Funeral of Hornell.
To plant a beautiful memorial tree in memory of Gerard Bordeau, please visit our Tree Store

Look inside to read what others have shared
Family and friends are coming together online to create a special keepsake. Every memory left on the online obituary will be automatically included in this book.
View Tribute Book
Services for Gerard Bordeau
There are no events scheduled. You can still show your support by planting a tree in memory of Gerard Bordeau.
Plant a tree in memory of Gerard

Share Your Memory of
Gerard
Upload Your Memory View All Memories
Be the first to upload a memory!
Share A Memory
Plant a Tree