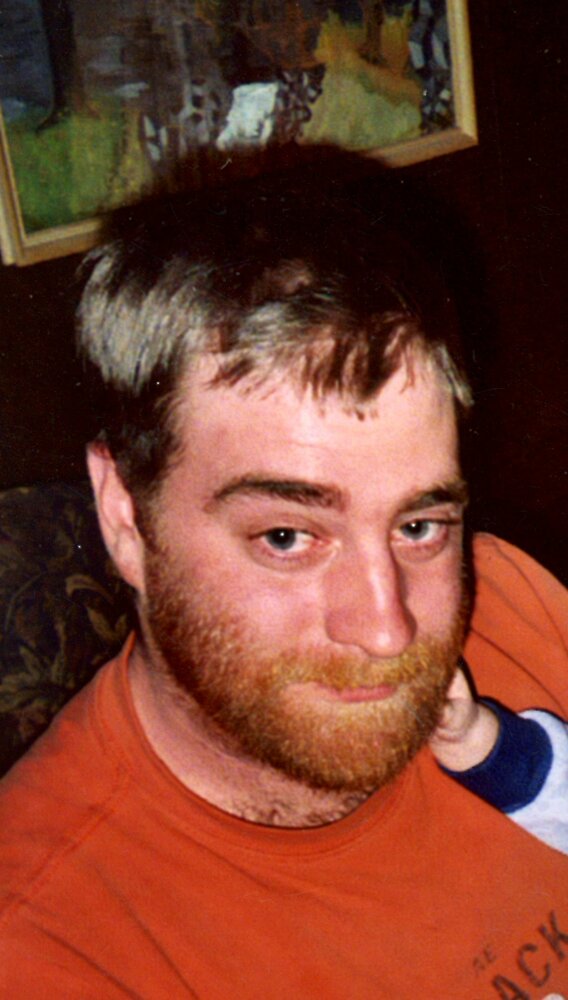 Please share a memory of Andrew to include in a keepsake book for family and friends.
View Tribute Book
Andrew ‘Garfield’ Raymond Wilcox June 27th, 1979 – May 6th, 2022 Andrew R. Wilcox, 42, lifelong resident of Hornell, NY, passed away after years of living with a progressive illness, at his home in the early hours of May 6th, 2022. He was born on a bright and early summer day in Dansville, NY at Noyes Hospital to Sally Anne Smith Wilcox and Stephen Andrew Wilcox on June 27th, 1979. Andrew spent his younger days affectionally known as ‘Garfield’ or ‘Garf’ pursuing his interests in music and the arts, the outdoors which consisted of golfing, fishing, and camping with his closest friends and family. He worked hard to earn his GED in his young adult life, and then went on to pursue a brief career in home building and construction. He certainly had a talent for constructing anything his hands touched as he spent his days in early sobriety helping his sisters update their home, one of which included his childhood home. Andrew who later became known as ‘Skippy’ maintained his employment with Bender, Brown & Power funeral home for 10+ years where he was able to put his carpentry talents to good use and was a stone engraver which kept his passion for art alive. This ultimately led to one of the most important relationships he would form with Gerald Brown, Chet Gosper, and the Burritt’s. The love they carried for Andrew knew no bounds. Andrew was predeceased by his ever-loving grandparents, Mr., and Mrs. Robert Joe Smith (Helen H. Smith), and Mr. and Mrs. John Raymond Wilcox (Elizabeth G. O’loughin); his uncle Gregory J. Wilcox of Winnetka, California, his uncle Robert H. Smith of Arkport NY, and his uncle Ronald E. Smith of Placitas New Mexico. Andrew is survived by both parents, Sally Anne Smith Wilcox and Stephen Andrew Wilcox; his older sister, Abigail Wilcox (Randy McKee) and their children, Ryan Fahrer, Matthew and Brayden Mckee, Victoria and Sebastian Vega; his younger sister, Stephanie Wilcox-Hopkins (Dylan), and their children, Emmit Sheeran and Zoey Hopkins; and several aunts, uncles and cousins. Andrew’s ability to make friends that ultimately became and will remain honorary family members throughout this life include Brielle Moretti and Michael Kelleher and their children who include Collin Moretti + Julia Kelleher. The family and friends of Andrew will be available for calling hours on Thursday May 12th, 2022, from 1:00 P.M. until 3:00 P.M. at Bender Brown & Powers funeral home at 354 Canisteo Street in Hornell, NY 14843. A memorial service will follow immediately after calling hours at the funeral home, with The Rev. Katherine Griffis officiating. To send a remembrance please visit www.brownandpowersfuneralhomes.com or on Facebook @brownpowersfh.
To plant a beautiful memorial tree in memory of Andrew Wilcox, please visit our Tree Store
Thursday
12
May

Share Your Memory of
Andrew
Upload Your Memory View All Memories
Be the first to upload a memory!
Share A Memory
Plant a Tree