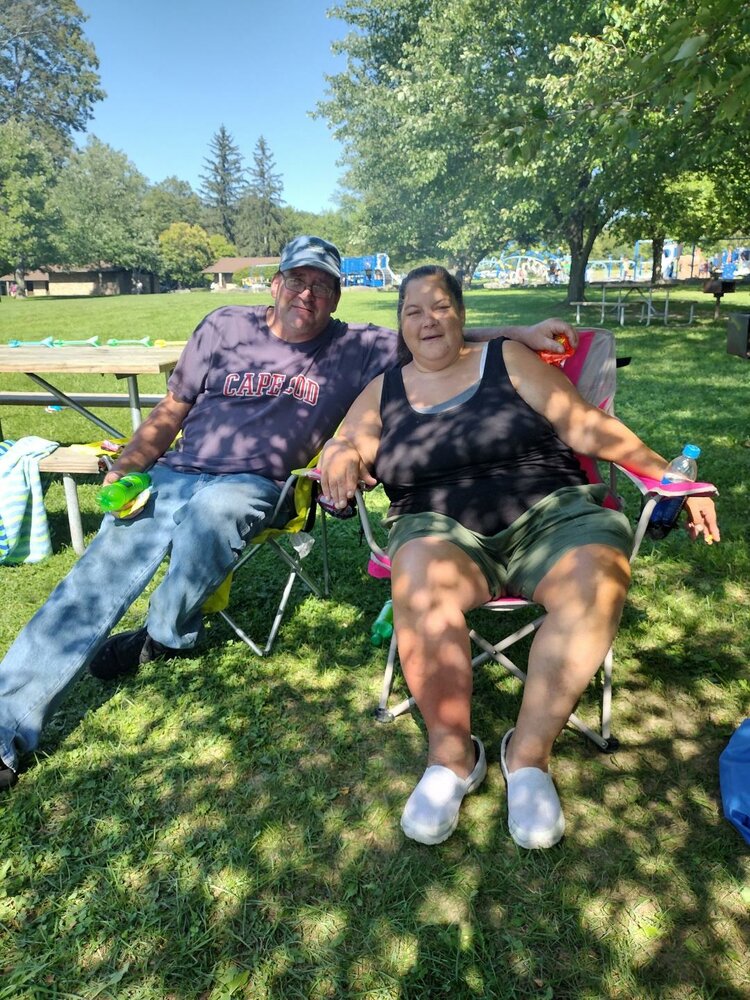 Please share a memory of Holly to include in a keepsake book for family and friends.
View Tribute Book
Holly Ann Kurtz Hornell Holly Kurtz, 46, of Ransom Street, passed away unexpectedly Thursday (March 10, 2022) at her home. She was born in North Hornell on January 19, 1976 the daughter of Robert and Debra (Dobell) Sutton Jr. and had resided the majority of her life in Hornell. Holly had worked as a cashier and clerk at the Dollar General Store of Hornell and enjoyed needlework such as crocheting and plastic canvas. Holly was predeceased by her husband; Daniel Kurtz, her mother and a brother; Daniel Sutton. Survivors include her significant other and lifetime companion; Scott Dickinson of Hornell, Her father; Robert (Kay Dickman) Sutton Jr. of Endwell N.Y. ,Step-father; Joseph Mallery , three brothers; David Sutton of Rochester, Jeffery Sutton of Hornell and Shawn (Crystal) Sutton of Elmira, sister in-law; Helen Sutton of Wellsville and several nieces and nephews including three from the family of Daniel & Helen Sutton, four from David Sutton, one from Jeffery Sutton and six from the family of Shawn & Crystal Sutton. There will be no calling hours. A celebration of life will be held at a future date at the convenience of the family. The family is being assisted by Anthony Cone, Director at the Bender-Brown & Powers Funeral Home of Hornell.
To plant a beautiful memorial tree in memory of Holly Kurtz, please visit our Tree Store

Look inside to read what others have shared
Family and friends are coming together online to create a special keepsake. Every memory left on the online obituary will be automatically included in this book.
View Tribute Book
Services for Holly Kurtz
There are no events scheduled. You can still show your support by planting a tree in memory of Holly Kurtz.
Plant a tree in memory of Holly

Share Your Memory of
Holly
Upload Your Memory View All Memories
Be the first to upload a memory!
Share A Memory
Plant a Tree