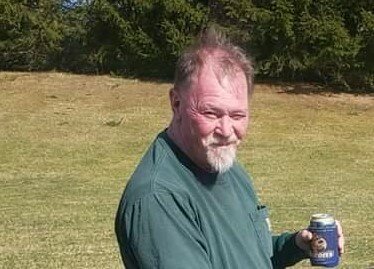 Please share a memory of Jack to include in a keepsake book for family and friends.
View Tribute Book
Jack A. Lyon Hornell/ Angelica Jack A. Lyon, 59 of County Route 66, passed away Sunday (Feb. 20, 2022) at Vincent House in Wayland. Born in Cuba, NY, Feb. 15, 1963, he was the son of Daniel H. and Lillian Nathan Lyon. He was a graduate of Angelica Central School, Class of 1981. Shortly after graduation, he left for his career as a lineman for IRBY Construction Company in the Electric Transmission Division. During this time, he traveled extensively all of the United States for 35 years. He was a member of the Hill Warner American Legion Post 414 in Angelica. He was predeceased by his grandparents; Howard and Ruth Lyon and John and Louise Nathan, as well as his nephew; Timothy Lyon Surviving are his parents; Daniel H. and Lillian Lyon of Angelica, his siblings; Daniel (Laurie) Lyon of Angelica, Joni (Larry) Crutchley of Maryland, Mark (Donna) Lyon of Farmersville, Russell (Joni) Lyon of Angelica, his twin sister; Jill Lyon (Steve Rapp) of Macedon, Rene Lyon of Angelica as well as several nieces and nephews. To send a remembrance to the family, please visit www.brownandpowersfuneralhomes.com or on Facebook@brownpowersfh. Funeral arrangements are entrusted to Brown & Powers Funeral Home of Angelica. There will be no calling hours. A private burial service was held for the family at Until The Day Dawn Cemetery in Angelica. Rev. David Ford officiated. The family will observe a Celebration of Jack’s life later in the year.
To plant a beautiful memorial tree in memory of Jack Lyon, please visit our Tree Store

Look inside to read what others have shared
Family and friends are coming together online to create a special keepsake. Every memory left on the online obituary will be automatically included in this book.
View Tribute Book
Services for Jack Lyon
There are no events scheduled. You can still show your support by planting a tree in memory of Jack Lyon.
Plant a tree in memory of Jack

Share Your Memory of
Jack
Upload Your Memory View All Memories
Be the first to upload a memory!
Share A Memory
Plant a Tree