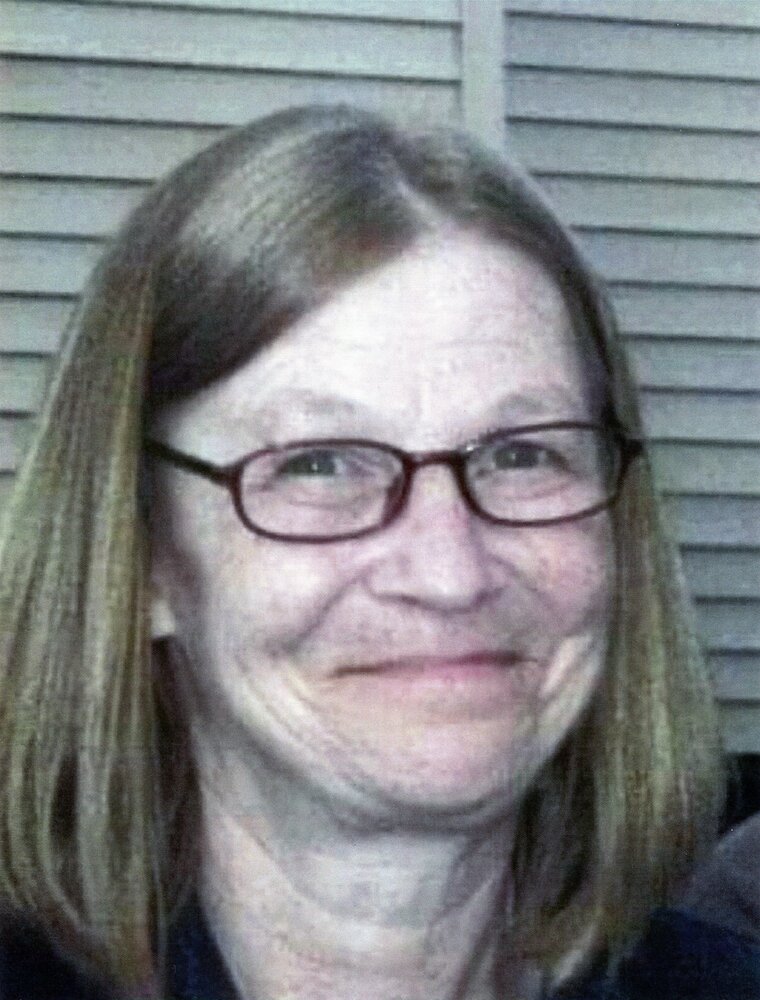 Please share a memory of Julie to include in a keepsake book for family and friends.
View Tribute Book
Julie Lynn Mullen Julie Lynn Mullen - (67) - of Call Hill Road, Canisteo, died Wednesday night (January 26, 2022) at Elderwood at Hornell, where she resided for the past 3 years, surrounded by her loving family. A native & life resident of Hornell, she was born August 21, 1954 and was the daughter of Emil “Cannon” Giglio and Gloria Crooks Giglio, both of whom are predeceased. She was a graduate of Hornell High School, class of 1972, and received her Associates degree in liberal arts from Alfred State College. Julie had been employed for several years as a waitress at the former Big Elms in Hornell and the former Filling Station in Canisteo, as well as a member of the housekeeping department at Alfred State College. If you knew Julie, you know she was a free spirit. She didn’t have a mean bone in her body and a heart of gold. Julie was a devoted fan of many sports, especially baseball, traveling to watch David all over the East Coast. She was also a die-hard Nascar (Jeff Gordon) and March Madness fan. Julie loved playing cards (especially euchre & rummy) and enjoyed her bingo scratch off tickets. She also enjoyed meeting new people and laughing as much as possible. Other hobbies & interests include being at the pond; working in her flower garden; loved her morning coffee and afternoon Coors Light; always down for a road trip, including going to live music, visit her children and grandchildren, baseball games and of course, Myrtle Beach; taking care of her dogs, Brooks and Brooks Junior (BJ) and several stray cats; and although she was not an official band member, she was an honorary member of many bands either tambourine specialist or back up vocals, whether they knew it or not. Julie was married on November 3, 1973 to Stephen E. Shepard. They were married for 20 years. She remarried on August 8, 2007 to Michael J. Mullen of Canisteo and had a loving marriage up until her death. Surviving are her husband, Michael “Mose” Mullen of Canisteo; 2 daughters, Cara (Justin Burns) Shepard of Hornell and Jessica Shepard of Hornell; 2 sons, David (Jennifer) Shepard of Florida and Joseph Shepard of Hornell; 1 son-in-law, Harvey Frankel of Buffalo; 4 sisters, Patricia (Don) Howe of Hornell, Kim (Frankie) Giglio of Georgia, Kelly (Rob) Griffin of Hornell and Lisa (the late Kevin) Crosby of Hornell; 1 brother, Mark Giglio of Buffalo; 3 step-children, Sandra Ogorzalek of Canisteo, Jason Mullen of Woodhull and Chad (Tammy) Mullen of Hornell; 17 grandchildren and several nieces and nephews. Julie was preceded in death by her daughter, Amy J. Frankel who died September 9, 2021; 1 brother Thomas J. “Jigs” Giglio who died September 25, 2021; her father who died in January 18, 1981 and her mother who died August 29, 2007. The family would like to recognize and thank all of the staff at Elderwood for taking care of and loving Julie. You all are very appreciated, thank you. To send a remembrance to the family, please visit www.brownandpowersfuneralhomes.com or on Facebook@brownpowersfh. The family is being assisted by Gerald R. Brown, Director at Brown & Powers Funeral Home of Canisteo. The family will be present to receive friends on Tuesday (Feb. 1, 2022) at the Bennett’s Creek Bible Church, 3740 State Route 248 Canisteo, NY 14823 from 11 AM until 1 PM at which time a funeral service will be held with Rev. Brenden Clancy officiating. Burial will follow in Hillside Cemetery in Canisteo.
To plant a beautiful memorial tree in memory of Julie Mullen, please visit our Tree Store

Look inside to read what others have shared
Family and friends are coming together online to create a special keepsake. Every memory left on the online obituary will be automatically included in this book.
View Tribute Book
Services for Julie Mullen
There are no events scheduled. You can still show your support by planting a tree in memory of Julie Mullen.
Plant a tree in memory of Julie

Share Your Memory of
Julie
Upload Your Memory View All Memories
Be the first to upload a memory!
Share A Memory
Plant a Tree