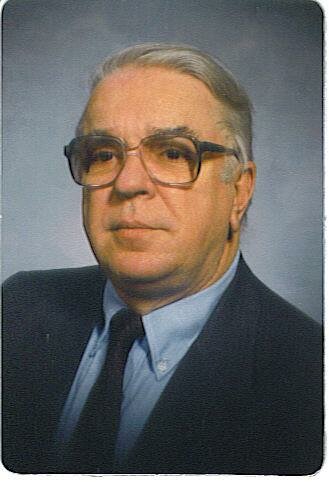 Please share a memory of Robert to include in a keepsake book for family and friends.
View Tribute Book
Robert William Grogan, 89, of Canisteo, New York passed away peacefully surrounded by family on December 21. Bob, who was born and raised in Hartford, CT, met the future love of his life, Judy Abbott, a Canisteo HS graduate, at Syracuse University. After graduating, the two of them got married in Canisteo in 1954. He went to work for the Hornell Evening Tribune as a reporter, while she embarked on a nursing career. They brought four children into the world. Judy passed away in 2013. In 1966, after a decade at the Tribune, Bob was hired as Director of Public Relations for Alfred State College of Technology. In addition to providing media with information about academic and administrative issues, Bob broadened the scope of the office to include sports publicity. He started keeping records and statistics going back decades. For his pioneering efforts, Bob was inaugurated into the Alfred State College Sports Hall of Fame in 2002. Bob retired after 23 years at Alfred State. He was an avid sports enthusiast, keeping close eyes on, in no particular order, Red Sox, Celtics, Patriots, UConn Women’s basketball, and Syracuse basketball. He also loved his Norwegian Elkhounds, enjoyed rounding up the neighborhood kids on East Main Street for various sports activities, frequented Taco Bell, and had a file proving he played pinochle at a “whole new level.” For many years he was a fixture at the Hornell YMCA where he would read the paper, talk sports, and maybe do a bit of exercise. The final years of his life were spent happily at Updyke’s Willow Ridge assisted living facility in Hornell. To send a remembrance to the family, please visit www.brownandpowersfuneralhomes.com or on Facebook@brownpowersfh. The family is being assisted by Gerald R. Brown, Director at Brown & Powers Funeral Home of Canisteo. Bob is survived by four children and two grandchildren: Kathy Grogan of Canisteo, NY; Betsy Lang (David) of Georgetown, KY; Michael Grogan of Overland Park, KS; Steven Grogan (Liz) of Rochester, and their two sons, Ryan Grogan of Rochester, NY and Patrick Grogan of Charleston, SC. Due to another rise in the incidence of COVID, the family will defer a memorial service until spring. In the meantime, the family welcomes donations in Bob’s memory to the Hornell YMCA or to the charity of your choice.
To plant a beautiful memorial tree in memory of Robert Grogan, please visit our Tree Store

Look inside to read what others have shared
Family and friends are coming together online to create a special keepsake. Every memory left on the online obituary will be automatically included in this book.
View Tribute Book
Services for Robert Grogan
There are no events scheduled. You can still show your support by planting a tree in memory of Robert Grogan.
Plant a tree in memory of Robert