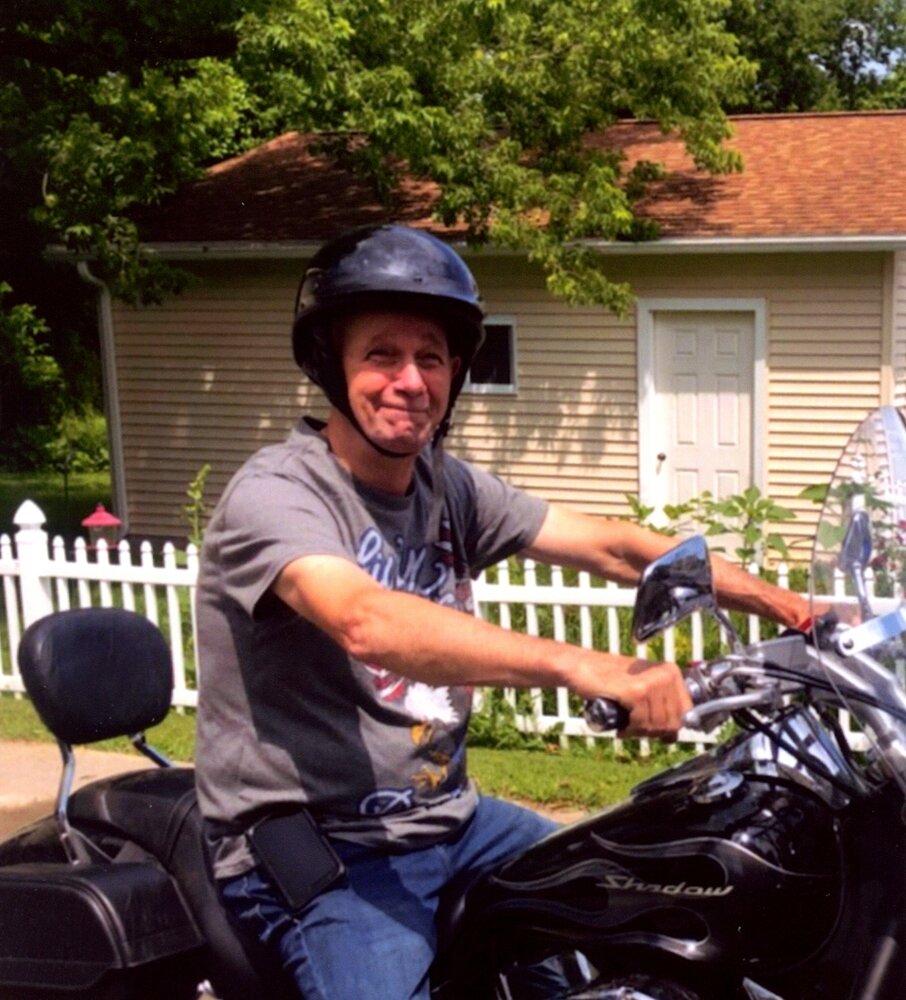 Please share a memory of Richard to include in a keepsake book for family and friends.
View Tribute Book
Richard K. “Rick” Davis Hornell Richard K. “Rick” Davis, 67 of Polar Bear Lane, passed away (Dec. 15, 2021) at Thompson Memorial Hospital in Canandaigua. Rick was born in Hornell Nov. 18, 1954, he was a graduate Wellsville High School and was a member of the Hornell Moose Lodge. He was the drummer in the band “Crossroads V2.0, and he enjoyed playing for people. He was employed at Maple City Dodge as a mechanic for 45 years. Rick was also a partner with his best friend; Ron Creeley, when they owned a computer store in Hornell. Rick was a loving husband, father, grandfather and great grandfather. He enjoyed spending time with his family and friends. In his spare time, when not playing out with the band, he enjoyed going for motorcycle rides with his son and daughter-in-law, Pamela. He was constantly doing crazy things with his grandchildren and spending time with his loving wife of 48 years. Rick was a big kid at heart and had a zest for life. He recently bought two tractors and got the nickname “Farmer Rick”. Rick was the son of Alonzo and Bonnie Baker Davis of Hornell. He was predeceased by his parents; and his sister; Michelle Davis. Rick is survived by his loving wife; Wendy Snyder Davis of Hornell, his son; Wendell (Pamela) Davis of Hornell, his daughter; Bobbie Jo (James) Robertshaw of Hornell, his niece; Jami (Michael) Wise of Canisteo who was raised by Rick and his wife, his sister; Dawn (Michael) Wise of Hornell, his brothers; Lonnie Gene (Cindy) Davis of Kansas, John Davis of Canisteo, Shannon Davis of Hornell, and Fredrick Davis of Hornell, 4 grandchildren; Dathan Davis, Nicholas Robertshaw, Tyler Robertshaw and Kyle Robertshaw, 2 great grandchildren; Abel and Isaac Davis, several nieces and nephews and 3 step-sisters; Patty Smith, Jolynn Ross, and Pamela Sue Davis. To send a remembrance to the family, please visit www.brownandpowersfuneralhomes.com or on Facebook@brownpowersfh. The family is being assisted by Gerald R. Brown, Director. The family will be present to receive family and friends on Wednesday (Dec. 22, 2021) at the Bender-Brown & Powers Funeral Home, 354 Canisteo Street in Hornell from 4 until 7 PM.
To plant a beautiful memorial tree in memory of Richard Davis, please visit our Tree Store
Wednesday
22
December