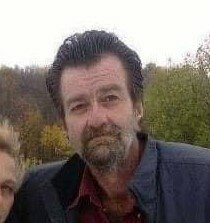 Please share a memory of Donald to include in a keepsake book for family and friends.
View Tribute Book
Donald R. Landon Jr. Hornell Donald R. Landon Jr, 55, of Hakes Ave., passed away Wednesday (Dec. 8, 2021) at St. James Hospital. Born in Sedalia, Missouri, February 17, 1966, the son of Donald Landon Sr. and Margie Landon, he moved to Hornell in 2010. Don was employed by several contractors, involved in building stores for Lowes. He was predeceased by his father; his sister; Mary Landon, and his brother; Brian Landon. He is survived by his fiancé; Polly Armstrong of Hornell, his mother Margie Landon in Missouri, his sons; Donnie and Joshua Landon, his brothers; Aaron and Mike Landon, his step-children;Tiffany (David Yevarski) DuBois, Brittany DuBois, Mathew (Jolene Schlick) DuBois, Eric ( Tiana Monroe) DuBois, his nephew; Adam Landon his neighbor; Blanch Houghtaling and his beloved canine friends; Baby Girl and Mila. The family is being assisted by Gerald R. Brown, Director at Bender-Brown & Powers Funeral Home of Hornell. There will be no calling hours or services at this time.
To plant a beautiful memorial tree in memory of Donald Landon Jr., please visit our Tree Store

Look inside to read what others have shared
Family and friends are coming together online to create a special keepsake. Every memory left on the online obituary will be automatically included in this book.
View Tribute Book
Services for Donald Landon Jr.
There are no events scheduled. You can still show your support by planting a tree in memory of Donald Landon Jr..
Plant a tree in memory of Donald

Share Your Memory of
Donald
Upload Your Memory View All Memories
Be the first to upload a memory!
Share A Memory
Plant a Tree