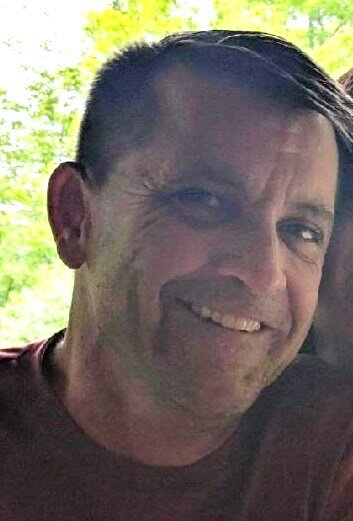 Please share a memory of Kevin to include in a keepsake book for family and friends.
View Tribute Book
Kevin M. Porter Almond Kevin Porter, 52, of Whitney Valley Heights, passed away Thursday (December 02, 2021) at Robert Packer Hospital in Sayre, PA. Born in Hornell on January 5, 1969 the son of Bruce and Dorothy (House) Porter, he had resided his entire life in the area. He was self-employed for many years as a carpenter, working under the name; K.P. Drywall. Kevin was a graduate of the Alfred Almond Central School (Class of 1987) and later graduated from Alfred State College with a degree in Building Trades. While attending Alfred State, he joined the Kappa Sigma Epsilon fraternity. He was a member of The Hornell AMVETS and AMVETS Riders Group. Kevin was a motorcycle enthusiast with a particular fondness for Harley’s and was an avid Dallas Cowboys fan. He was predeceased by His Father Bruce Porter in 2014 Survivors include: his mother; Dorothy (House) Porter of Hornell ex-wife and Mother of his children; Kari Fisher of Avoca, one son; Gavin Porter of Almond, a daughter; Baleigh Porter of Rochester, four brothers; David (Karen) Porter of Almond, Stephen Porter of Hornell, Gary Porter of Hornell and Bruce Porter of Dansville, his half- brothers; Daniel Porter of Almond and James Porter of Alfred, one half-sister; Polly Ells of Fulton as well as several nieces, nephews, cousins and aunts and uncles. Those wishing to remember Kevin are asked to consider a donation to The Hart Comfort House, 141 East State St. Wellsville, NY 14895. The family will be present to receive friends at the Bender-Brown & Powers Funeral Home at 354 Canisteo Street on Thursday (Dec. 9) from 5-7 PM and Friday from 11-1PM where funeral services will be held at 1:00 PM with Deacon Robert McCormick officiating. To send a remembrance to the family, please visit www.brownandpowersfuneralhomes.com or on Facebook @brownpowersfh. The family is being assisted by Anthony Cone, Director.
To plant a beautiful memorial tree in memory of Kevin Porter, please visit our Tree Store
Thursday
9
December

Share Your Memory of
Kevin
Upload Your Memory View All Memories
Be the first to upload a memory!
Share A Memory
Plant a Tree