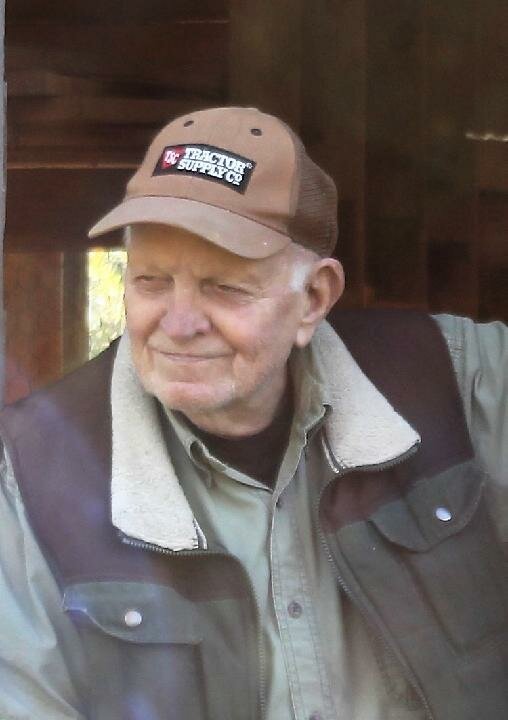 Please share a memory of Donald to include in a keepsake book for family and friends.
View Tribute Book
Donald Lyon Scholla Angelica Donald Lyon Scholla, 92, of Angelica, passed away at Jones Memorial Hospital on Tuesday November 23, 2021, due to recent medical complications. Born on October 20,1929 in Angelica, NY, he was the son of Arthur Scholla and Marguerite Lyon Scholla. He was raised by his Aunt Jenny and Uncle Dan Lyon on the family farm, in the “stonehouse” on Peavy Road in Angelica. Recounting his days on the farm to his children, he enjoyed sharing stories like sledding down the hill from the one-room School #8 on Peavy Road almost all the way to the farm’s pumphouse (recently drawing out a map to show the route) or remembering his class planting the trees that still stand today in front of what was the schoolhouse. A resident of Angelica for most of his 92 years, he was a 1946 graduate of the Wilsonian High School on the Park Circle. His diverse interests in learning began early, as he participated in student government, debate club, chorus, drama, and sports. He attended Delhi College, leaving to join the US Army (1947-1949), and was stationed in Germany. After returning home, he worked selling feed throughout Western New York, and stopping into Charlie’s Diner in East Aurora for lunch, met the love of his life. On July 18,1953 at St. Paul’s Episcopal Church in Angelica, where he had been baptized, he married that love, S. Elaine Mills. Living briefly in the Buffalo area, Varysburg, and later Cuba, NY, the couple settled in Angelica, raising seven children at 74 West Main Street, and becoming life-long and respected members of their community. An active and dedicated member of the Angelica Hose Company, the American Legion Hill-Warner Post #414, and The Order of Free Masons, earning his master mason degree and serving as a Master of the Lodge. His civic leadership extended to the Angelica Central School Board as well as the Angelica Village Board. A life-long and sustaining member of St. Paul’s Episcopal Church, he held the honor of emeritus warden of the church, in addition to leading morning prayer services, and serving as a lay minister. A member of the Carpenters’ Union Olean Local #66, he retired in 1991 yet continued building… a new home for he and Elaine…his sugar shanty…his chicken coop…and just last summer, his portable greenhouse. In recent years he enjoyed searching Pinterest for new recipes or tractor shows on his iPad. An annual trip to the Allegany County Fair horse-pull with his sons was a summer highlight and reminiscent of his days on the farm. His intelligence and inquisitive nature gave him the confidence to tackle any project. A life-long learner and jack-of-all trades, he taught by his example of hard-work and perseverance. William Arthur Ward once wrote that “Greatness is not found in possessions, power, position or prestige. It is discovered in goodness, humility, service, and character.” No better words can be found than these to describe this soft-spoken man and the principled life he lived. Never happier or with a bigger smile than when he was holding one of his children, grandchildren, or great grandchildren in his strong and calloused hands. Proud of each…interested in each one’s life…passing on his love for family…his greatest legacy. Predeceased by his wife, Elaine (2016), siblings, Elmae O’Connor and Kenneth Scholla, and his parents. Survived by his seven children, Shawn Scholla, Pam (Bob) Sandlas , and Jim (Mary) Scholla of Angelica, Don (Janine) Scholla of Olean, Chris (Robin) Scholla of Wolcott, Sheri (Rich) Reynolds of Paris, TN and Doug (Tanya) Scholla of Scio; his 18 grandchildren, Robert (Adriel) Sandlas of Greece, NY, Ross Sandlas of Oswego, Ryan Sandlas of Richmond, VA, Molly (Jeff) McMahon of Portville, Patrick Scholla of Rocky River, OH, Zachary (Ashley) Scholla of Allegany, Morgan (Jeff) Donigan of Angelica, Tara (Jeff) Shook of Dallas, PA, Breanne (Doug) Cerkiewicz of Windemere, FL, Pamela (Matt) Handley of Suwanee, GA, Amanda Martin of Wolcott, Christopher (Angelica) Martin of Baldwinsville, Alexa (Jacob) Patenaude of Plattsburg, Kaylan (John) Buteyn of Fort Wayne, IN, Maggie (Austin) Buffington, of Paris, TN, Meghan Scholla of Bolivar, Carter and Cassidy Scholla of Scio; and his sixteen great-grandchildren, Sophia, Trey, and Nevaeh Sandlas, Madigan and Quincy McMahon, Brynn Scholla, Ava Donigan, Kasen Shook, Raymond and Benjamin Cerkiewicz, Zoey and Zachary Handley, Ezra Martin, Finley, River, and Zeke Buteyn. Due to continuing public health concerns, a private immediate family only service will be held on Monday November 29, 2021, at St. Paul’s Episcopal Church in Angelica, NY. The Reverend Richard Hamlin will be officiating. The family hopes to hold a Celebration of Life Memorial Service in the summer of 2022. Details to be announced at a later time. Funeral arrangements are under the direction of Brown and Powers Funeral Home in Angelica. In lieu of flowers, memorials may be made to St. Paul’s Episcopal Church Angelica, NY, and the Angelica Hose Company. To send a remembrance please visit www.brownandpowersfuneralhomes.com or on Facebook @brownpowersfh, the family is being assisted by director Chester A. Gosper IV
To plant a beautiful memorial tree in memory of Donald Scholla, please visit our Tree Store

Look inside to read what others have shared
Family and friends are coming together online to create a special keepsake. Every memory left on the online obituary will be automatically included in this book.
View Tribute Book
Services for Donald Scholla
There are no events scheduled. You can still show your support by planting a tree in memory of Donald Scholla.
Plant a tree in memory of Donald

Share Your Memory of
Donald
Upload Your Memory View All Memories
Be the first to upload a memory!
Share A Memory
Plant a Tree