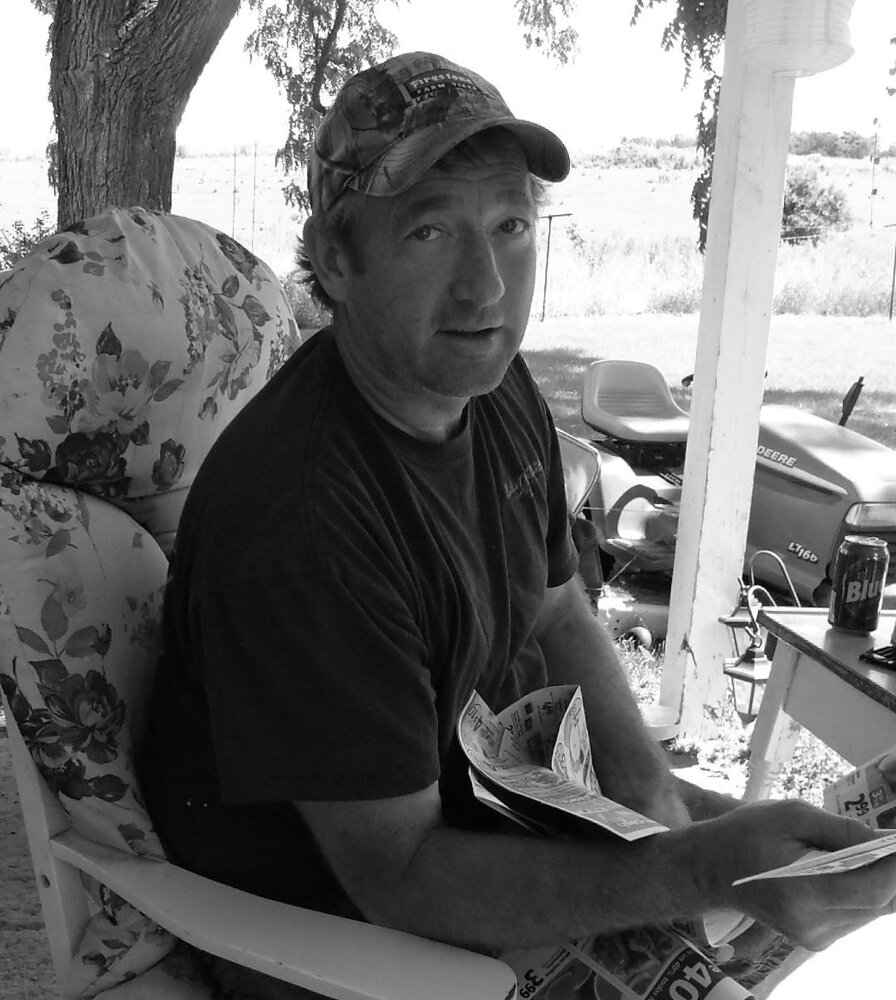 Please share a memory of Derrick to include in a keepsake book for family and friends.
View Tribute Book
Derrick “Rick” Dennis, 60, passed away suddenly on November 16th, 2021. Born to the late Sharon and Andrew Dennis, Rick took over his grandfather’s farm while he was still a senior in high school. He graduated from Canaseraga Central School in 1979, and then three years later married Lorraine Kramer, his wife of 39 years. Rick was a dairy farmer for 35 years, carrying on a family tradition that lasted the better part of a century. It was a profession that required his toughness and pragmatism, but that also allowed him to enjoy some of his favorite parts of the lifestyle, including working outside, raising animals, and being independent. In 2015 Rick reinvented himself to take on a new occupation, driving school bus for Arkport Central School. There he enjoyed the opportunity to be around people and share his wit and anecdotes, as well as find new stories to tell. Rick was known for his sense of humor. He was the type of person others were drawn to. When faced with difficult circumstances he believed in resilience and optimism, and continually demonstrated both throughout his life. He practiced a selflessness that was hard to match, took on the burdens of those around him, and always put his family’s needs before his own. In addition to his wife Lorraine, Rick is survived by his daughter Whitney, his son Ryan, his sister Kelly (Jeff) Atherton of Greenwood, his two grandchildren Lillian and Jackson, as well as nieces and nephews. Calling hours will be held 11am-1pm at the Bishopville United Methodist Church on Saturday, November 27th, followed by a memorial service at the church at 1pm. A dinner will be organized in Rick’s honor at the Canaseraga American Legion at 2:30 pm on the same day. In lieu of flowers, donations may be made to the Elianna Testani Memorial Scholarship Fund at 1091 County Rt 53, Arkport, NY, 14807. The family would like to thank everyone for their overwhelming support. It has shown how much Rick was valued by those who knew him.
To plant a beautiful memorial tree in memory of Derrick Dennis, please visit our Tree Store

Look inside to read what others have shared
Family and friends are coming together online to create a special keepsake. Every memory left on the online obituary will be automatically included in this book.
View Tribute Book
Services for Derrick Dennis
There are no events scheduled. You can still show your support by planting a tree in memory of Derrick Dennis.
Plant a tree in memory of Derrick

Share Your Memory of
Derrick
Upload Your Memory View All Memories
Be the first to upload a memory!
Share A Memory
Plant a Tree