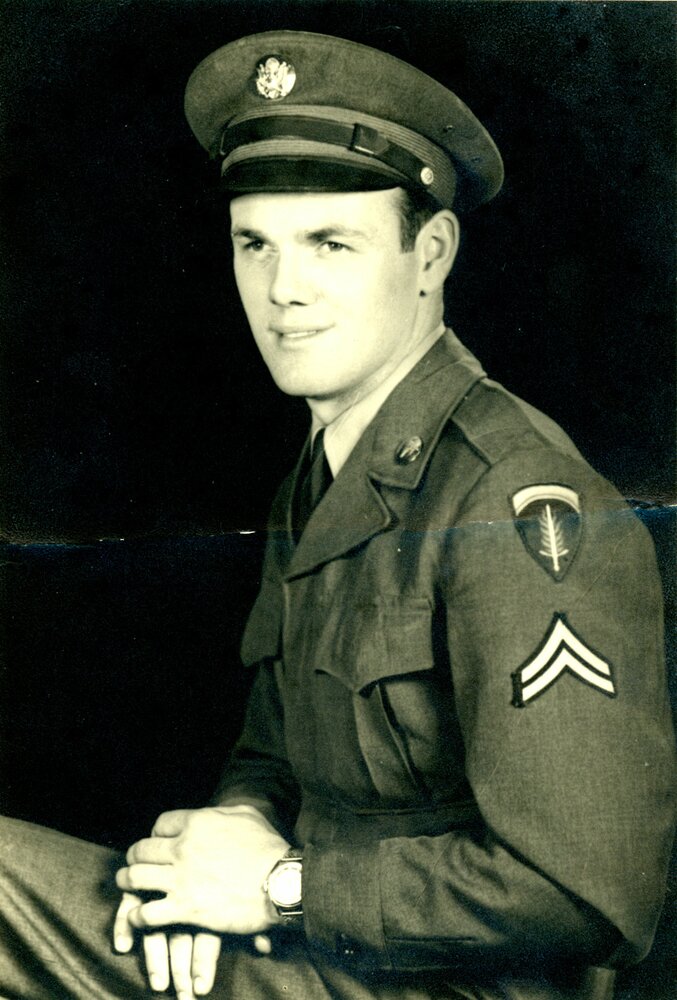 Please share a memory of Milburn to include in a keepsake book for family and friends.
View Tribute Book
Milburn A. Carney Hartsville Milburn A. Carney, 92 of Cook Hill Road, passed away Sunday morning (Nov. 14, 2021) at Elderwood At Hornell. Born in Hartsville, July 20, 1929 the son of Clarence and Olive Stephens Carney, he had resided all his life in the Town of Hartsville. He served his country as a member of the United States Army during the Korean Conflict from 1950-1953. He had been employed in the Engineering and Inspection Department of the New York State Department of Transportation , retiring in 1985. He was predeceased by his parents, his wife; Sally Jones Carney in 2016, his son; Mark Eugene Carney, his sisters; Alberta Morse, Ruth Davis, and Ina Emery, his brothers; Larry, Royce, Lester, Harry Lee, Clyde and Neil Carney. Surviving are his daughters; Elydia (Tom) Santee of Arkport and Julie Carney of Hornell, his son David Carney of Livonia, his sister; Gladys DuBois of Hartsville, and his brother; Roger (Diane) Carney of Hartsville, 8 grandchildren, 17 great grandchildren, several nieces and nephews. To send a remembrance to the family, please visit www.brownandpowersfuneralhomes.com or on Facebook@brownpowersfh. The family is being assisted by Gerald R. Brown, Director. The family will be present to receive friends at the Brown & Powers Funeral Home, 6 Spruce Street in Canisteo on Thursday, November 18 from 4-6 PM where funeral services will be held at the conclusion of calling hours. The Rev. Dudley Jenkins will officiate. Burial will follow in Woodlawn Cemetery in Canisteo.
To plant a beautiful memorial tree in memory of Milburn Carney, please visit our Tree Store

Look inside to read what others have shared
Family and friends are coming together online to create a special keepsake. Every memory left on the online obituary will be automatically included in this book.
View Tribute Book
Services for Milburn Carney
There are no events scheduled. You can still show your support by planting a tree in memory of Milburn Carney.
Plant a tree in memory of Milburn

Share Your Memory of
Milburn
Upload Your Memory View All Memories
Be the first to upload a memory!
Share A Memory
Plant a Tree