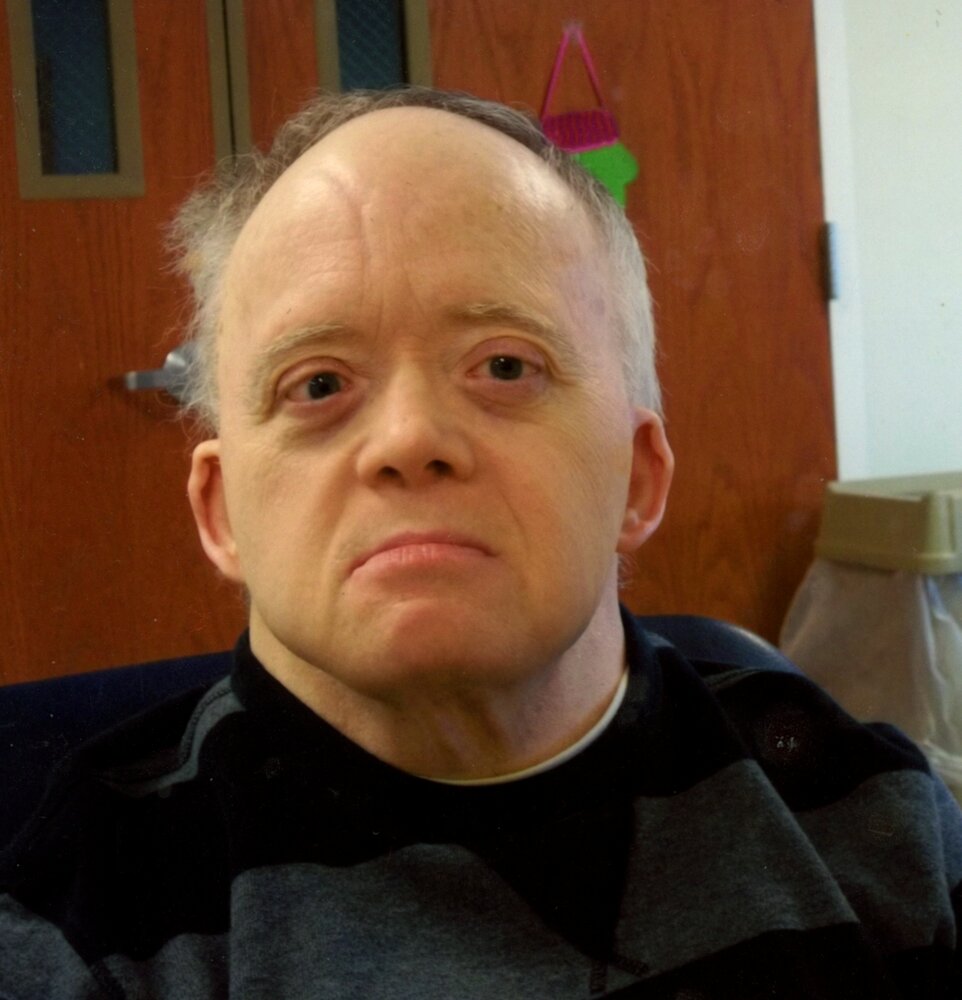 Please share a memory of Jules to include in a keepsake book for family and friends.
View Tribute Book
Jules V. Powell Jr. Wayland Jules Vincent Powell Jr.,68, of Wayland passed away November 6th at Noyes Memorial Hospital. Born in Clarksburg, West Virginia, Jules Jr was the beloved son of Jules Vincent & Margaret (Wilson) Powell. He had resided in Alexandria Va., prior to coming to Arkport in 2001. The last seven years of his life were spent with his loving ARC family in Wayland, NY Jules was predeceased by his father Jules Vincent Powell Sr. He is survived by his mother, Margaret “Peggy” (Wilson) Powell of Hornell, his two sisters; Margaret (Andy) Blair of Lewisville, NC and Amy (Randy) Rummel of Canisteo, New York, three nephews; Jeremy (Crystal) Blair, William Hudson (Ann Taylor) Blair and Edward Maxwell Blair, two nieces; Melissa Rummel and Emily Lopez, two great nephews; Samuel Blair and Jules Randal Lopez and one great niece, Nora Blair. Jules was a true child of God, seeing joy and goodness in others. He will be remembered by his gentlemanly greetings, his kindness of spirit and his flirtations! He assisted the choir director in his previous church, The Groveton Baptist church, where he was a long standing member. He attended church there until his move to the New York area .He was credited with doing the best James Cagney impression in the area and will be remembered for his love of dancing (Soul Train) and singing. There were many Angels in Jules’s life which enabled him to live a full and complete life, many who work at the Wayland ARC: Theresa, Jenny, Kimber, Arden, Debbie, Brett, Taylor, Jodi to name a few. A special acknowledgement must be made to Ann Patti who shepherd Jules into his new ARC family in New York. Without her advocacy and devotion to Jules, his life would not have been as blessed. Finally, a special thanks to those in the Hornell community who stopped to say hello, shake his hand and treated Jules with much deserved dignity. There will be no calling hours. A memorial service will be held on Thursday, November 11th at 10am at the Christ Episcopal Church of Hornell with Rev. Tom Gramley officiating. Jules’s first steps with God were taken at the Groveton Baptist Church in Alexandria Virginia. Their “Robin Class” is dedicated to teaching those individuals with special needs the word of God. For over 30 years Jules attended this class. Therefore in Lieu of flowers, those wishing to remember Jules are asked to consider a contribution to The Groveton Baptist Church, Attention Robin Class, 6511 Richmond Highway, Alexandria, VA 22306. Funeral arrangements are with the Bender-Brown & Powers Funeral Home in Hornell. To send a remembrance please visit www.brownandpowersfuneralhomes.com or on Facebook @brownpowersfh, the family is being assisted by director Chester A. Gosper IV.
To plant a beautiful memorial tree in memory of Jules Powell, please visit our Tree Store
Thursday
11
November

Share Your Memory of
Jules
Upload Your Memory View All Memories
Be the first to upload a memory!
Share A Memory
Plant a Tree