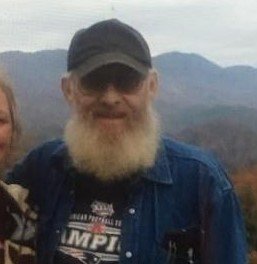 Please share a memory of William to include in a keepsake book for family and friends.
View Tribute Book
William C. “Butch” Morgan Jr. Tennessee William C. “Butch” Morgan, Jr.,70 a resident of Johnson City, Tennessee changed his address from Earth to Heaven on Monday (May 10, 2021) at Johnson City Medical Center. Born in Akron, Ohio, August 31, 1950, he had served his country as a member of the United States Navy from 1969 until 1970. He had been employed as a welder for Flagship R.V.’s in Belleview Florida for several years. He will be remembered for his love of the outdoors, and traveling. He was predeceased by his parents; William Morgan Sr. and Sunya (Thayer) Morgan-Kyzer, his wife; Patricia Morgan. Surviving Butch is his companion of several years, Melissa Peters of Tennessee, his children; Tyler W. Morgan of South Dakota, Jennifer (Tom) Irwin of Warsaw, NY, William (Dawn) Vogel of Nevada, and Alfredo Morgan of Texas, his grandchildren; Jaxson, Alex and Levi Morgan, Nick and Courtney Irwin, Sarah and Jack Vogel, his sisters; LuAnn Morgan of Texas, and Gail (Bradley) Hellert of Attica, New York, nieces and nephews; Sarah (William) Powell, Christina Duncan, Bradley F. (Camille) Hellert and Laurel (Dustin) Kaack, several cousins. To send a remembrance to the family, please visit www.brownandpowersfuneralhomes.com or on Facebook@brownpowersfh. Arrangement are under the care of Bender-Brown & Powers Funeral Home of Hornell, NY. There will be no visitation hours. A graveside service with military honors will be held at the Western New York National Cemetery in Corfu, N.Y.
To plant a beautiful memorial tree in memory of William Morgan, please visit our Tree Store

Look inside to read what others have shared
Family and friends are coming together online to create a special keepsake. Every memory left on the online obituary will be automatically included in this book.
View Tribute Book
Services for William Morgan
There are no events scheduled. You can still show your support by planting a tree in memory of William Morgan.
Plant a tree in memory of William

Share Your Memory of
William
Upload Your Memory View All Memories
Be the first to upload a memory!
Share A Memory
Plant a Tree