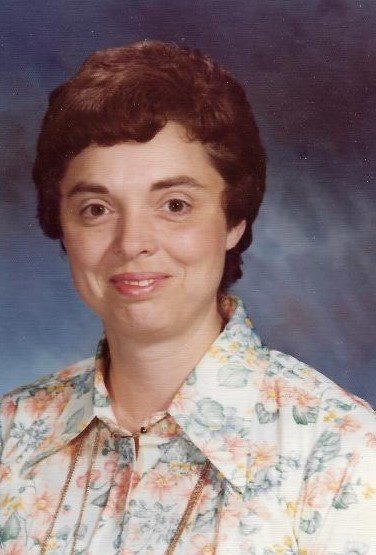 Please share a memory of Marilyn to include in a keepsake book for family and friends.
View Tribute Book
Marilyn Ostrander, 88, died peacefully, with family at her side, on April 2, 2021 at Wellsville Highland Rehabilitation and Nursing Home after a long illness. She was born March 31, 1933 and was the first child of Harold and Dorothy (Jacobs) Chaffee. Marilyn grew up on the family farm in Angelica. At age 17, halfway through her senior year, she attained the required number of credits for high school graduation, so she decided to enroll early at SUNY-Fredonia. She earned a bachelor’s degree in Education. She was interviewed during her senior year of college and was hired as a teacher in the Rochester area. On July 17, 1954 she married George K. Ostrander in Angelica. They moved to Virginia where Marilyn taught school and George finished serving in the U.S. Navy. Later, they moved to Scottsville, NY where they built their first home and began raising a family. In 1963, After having three children, she and George moved to a farm near her parent’s home in Angelica where they lived for many years and added a fourth child to the family. During this time Marilyn taught in the Cuba Central School District for two years. Then, she was hired as a second-grade teacher by the Angelica Central School. She was a dedicated teacher, often teaching thirty or more students per year until she retired in 1988. During her retirement years she and George often wintered in Florida. In 2009 they moved from Angelica to Wellsville, NY due to George’s illness. Marilyn was an avid reader and loved to travel, visiting 48 states, parts of Europe, and the Caribbean. She enjoyed sewing and took tailoring and quilting classes, which in later years qualified her to be a judge of 4H projects at the Allegany County Fair. Marilyn also loved to knit and made family members socks which many of us still wear today. Music was always a big part of Marilyn’s life. She played the piano and organ well and sang beautifully in church choirs and for family and friend’s weddings. Many of her students enjoyed her playing piano and singing songs with them in school. Marilyn loved to cook and entertain family and friends, creating lots of fun and pleasant memories for everyone. She also enjoyed game nights often being the winner over family and friends. Marilyn was a member of the Angelica United Methodist Church, the DAR, and Angelica Progress Club. She is predeceased by her husband who passed away in 2010. She is survived by their four children: Robert (Carol) Ostrander, Lyndonville, NY; Katherine (Robert) Starks, Wellsville, NY; David (Eileen) Ostrander, Angelica, NY; and Joel (Jody) Ostrander, Dalton, NY. She has eleven grandchildren and eight great-grandchildren. Marilyn will be greatly missed. A visitation with family members and friends will be held on May 1, 2021 from 11:00-12:00 p.m. with a funeral service to immediately follow at the Brown and Powers Funeral Home in Angelica. Rev. Dennis Munro will officiate. Funeral arrangements may be sent to the Brown and Power Funeral Home. Memorials, if desired, may include donations for books to the Angelica Public Library in memory of Marilyn and/or donations to the Angelica United Methodist Church. To send a remembrance please visit www.brownandpowersfuneralhomes.com or on Facebook @brownpowersfh, the family is being assisted by director Chester A. Gosper IV.
To plant a beautiful memorial tree in memory of Marilyn Ostrander, please visit our Tree Store
Saturday
1
May

Share Your Memory of
Marilyn
Upload Your Memory View All Memories
Be the first to upload a memory!
Share A Memory
Plant a Tree