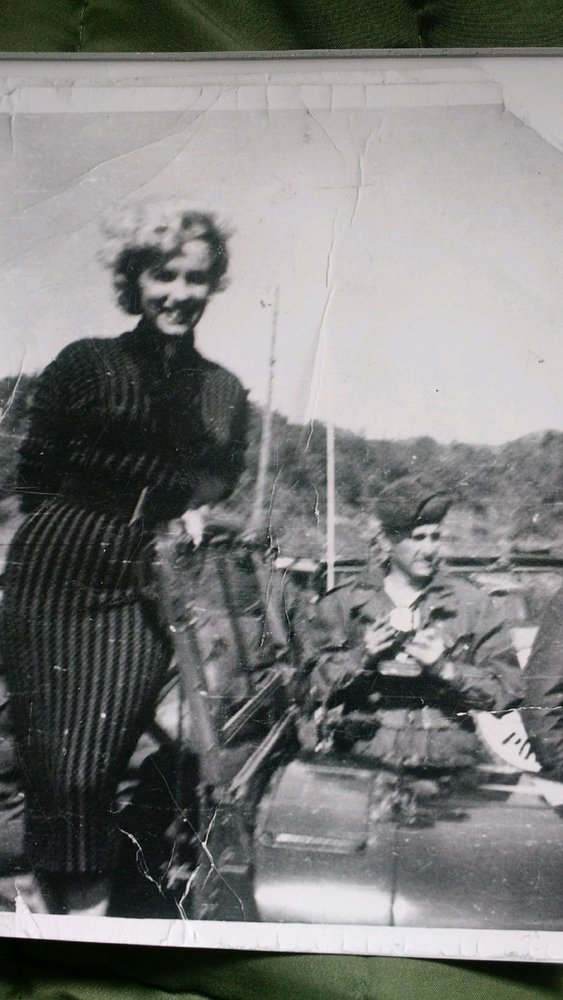 Please share a memory of David to include in a keepsake book for family and friends.
View Tribute Book
David Merle Rose Angelica David M. Rose, 86 of County Road 16, passed away peacefully on Friday (August 14, 2020) at Jones Memorial Hospital. He was born in Angelica, the son of Harvey Barton Rose and Leona Casey Rose on June 27, 1934. David went on to serve in the Army during the Korean Conflict. (This explains the picture that was taken in Korea with Marilyn Monroe during a USO Tour). He had worked for Davey Tree, and then went on to retire from Allegany County Highway Department. He enjoyed hunting, gardening and his flowers. He was predeceased by his parents, his first wife Doris Mae George Rose in 1965, and his second wife Georgia Lee Mcrae Rose in 2007. He is survived by daughters Doris Rose of Rochester, Monica (Michael) Rose-Bearfield of Olean, sons Harvey Rose of Belmont, Donald Rose of Angelica, Michael (Martha) Rose of NC, his sister Joanne Wardner of Scio, and his brother Earl Kuhn of Olean, numerous grandchildren and great grandchildren, as well as several nieces, and nephews. David generously donated his body to the University of Rochester Medical School. A Graveside and Military service will be held at a later date at Until the Day Dawn Cemetery in Angelica. To send a remembrance please visit www.brownandpowersfuneralhomes.com , or on Facebook @brownpowersfh, the family is being assisted by director Chester A. Gosper IV.
To plant a beautiful memorial tree in memory of David Rose, please visit our Tree Store
Friday
21
October

Share Your Memory of
David
Upload Your Memory View All Memories
Be the first to upload a memory!
Share A Memory
Plant a Tree