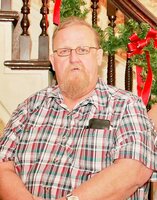 Lewis Randy Remchuck SR. “Randy” Addison Randy Remchuk, 68, of Cooper Ave passed away Sunday (December 12, 2021) at the Guthrie Corning Hospital following a brief illness. Born on August 7, 1953 in the Village of Bath the son of Lewis and Althea (Shoner) Remchuk, he had resided the majority of his life in Addison. He was employed as a bouncer and a carpenter working with his brother David for a few years and was also the owner of the Ye Olde Sword Shoppe in Corning specializing in the sales of weapons, ammo and hunting and survival gear. Randy was a family man who especially loved spending time with his grand-kids and enjoyed hunting and camping. He was predeceased by both parents. Survivors include: his wife of 32 years; Christine (Gardner) Remchuk of Addison, Three sons; Joseph Remchuk of Bath, Lew (Polly) Remchuk of Woodhull and Jeramie Mattison of Addison, two daughters; Veronica (Joseph) Carlineo of Addison and Ginger (Eric) Harris of Virginia, one brother David (Kathy) Remchuk of Bath, one sister; Tosh (Jay Monson) Remchuk of Albuquerque, NM., a brother in-law; Charles (Melissa) Gardner of Bath, 7 Grandchildren, 2 Great Grandchildren as well as several nieces nephews and cousins. In accordance to Randy’s wishes there will be no visitation. A celebration of life for family and close friends will be held on Dec. 18 at 4PM at the Woodhull Fire Hall. As a courtesy, the family asks that all visitors wear a mask upon entering. Burial will be at Addison Cemetery To send a condolence to the family, please visit www.brownandpowersfuneralhomes.com or on Facebook @brownpowersfh. The Family is being assisted by Anthony Cone, Director at The Bender-Brown & Powers Funeral Home of Hornell.