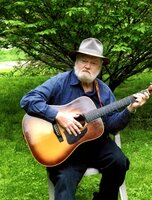 Raymond W. London Canisteo Raymond W. London, 74, of North Hornell Street, passed away Wednesday (Dec. 8, 2021) at Strong Memorial Hospital in Rochester. Born in Hornell, April 13, 1947, the son of Raymond S. and Alberta Nesbit London, he spent his early life in Cameron, and moved to Canisteo when he entered the 4th grade. He spent the remainder of his life in Canisteo. He was a graduate of Canisteo Central School, and retired from the former Foster-Wheeler Corp. in Dansville where he had been employed for over 30 years as a welder & crane operator. Ray was a member of the Faith Independent Baptist Fellowship Church in Canisteo, and was a well known musician. In the early years, Ray played rock and roll, then going to country music which he enjoyed for several years. Ray played back up for several noted country stars in Nashville, before becoming tired of the long road trips and time spent away from home. He then left the professional music arena, returning to his roots in Canisteo, where he enjoyed playing blue grass. He was a member of the Southern Tier Blue Grass Association. He enjoyed camping, fishing and hunting. He was predeceased by his parents, and his son; Myles Hoare II, on October 8, 2021. Surviving are his wife; Sandra London of Canisteo, two daughters; Marlo (Pat) McParlane and Melissa (Jerry) Caldwell, his son; Raymond (Dana Rougeux) London, 8 grandsons and 6 great granddaughters. Honoring Ray’s wishes, there will be no calling hours or services. To send a remembrance to the family, please visit www.brownandpowersfuneralhomes.com or on Facebook@brownpowersfh. The family is being assisted by Gerald R. Brown, director at Brown & Powers Funeral Home of Canisteo.