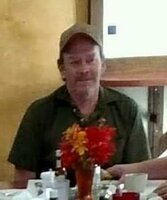 William P. “Bill” Leasure Hornell Bill Leasure, of Maple City Drive, passed away suddenly on Nov 12, 2021 at the age of 65. Born in Brooklyn on May 7, 1956 the son of George and Teresa (Gross) Leasure , he had been a lifelong resident of the area. Bill had been employed as a machinist for Dresser-Rand in Wellsville for over thirty years and enjoyed working at his Dad's machine shop, Codan Engineering. He had a love for classic cars and enjoyed going to car shows, along with watching car auctions on TV. He also liked to watch classic TV, especially Gunsmoke and will be remembered for his love of family, especially his “Grandbabies”, who often referred to him as “The Donut Papa”. He was preceded in death by both his Mother and Father and his first wife; Bonnie (Higby) Leasure. Survivors include: his daughter; Jill Cook of Cohocton, one brother; George (Maryanne) Leasure of Andover, a sister; Deborah Clair of Hornell and two Grandchildren; Lilah and William Cook of Cohocton. There will be no visitation. A graveside service will be held on Friday, November 19 at 11:00 AM at Woodlawn Cemetery in Wellsville. To send a remembrance to the family, please visit; www.brownandpowersfuneralhomes.com or on Facebook@brownpowersfh. The family is being assisted by Anthony Cone, Director.