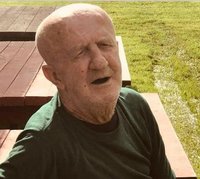 William C. Brizzee Sr. Canisteo William C. Brizzee, Sr. 80 , formerly of Fifth Street, passed away Wednesday (July 14, 2021) at the Hornell Gardens. Born in Hornell, December 1, 1940, the son of Alton and Eleanor Wilson Brizzee, he had resided his entire life in Canisteo. He had been employed at Birdseye in Avon. He was predeceased by his parents, his sister; Barbara Stephens, his brothers; Jack, Cloice and Gary Brizzee as well as a granddaughter ; Tiqushia Brizzee and grandson; Michael Parsons. Surviving are his wife; Patricia Brizzee of Canisteo, his daughter; Heidi (Duane) Ramsey of North Carolina, his sons; William (Denise) Brizzee of Canisteo and Shawn (Michelle) Brizzee of Hornell, two sisters; Marie Donaldson of Missouri, and Sharon Rudisil of Dansville, his brother; James Brizzee of Wellsville, 5 grandchildren and several great grandchildren, several nieces and nephews. To send a remembrance to the family, please visit www.brownandpowersfuneralhomes.com or on Facebook@ brownpowersfh. The family is being assisted by Gerald R. Brown, Director. The family will be present to receive friends at the Brown & Powers Funeral Home, 6 Spruce Street in Canisteo on Tuesday (July 20, 2021) from 6 until 8 PM. In lieu of flowers, those wishing may make a memorial contribution to The Hornell Gardens, Attn: Activities Fund, 434 Monroe Ave. Hornell, NY 14843.