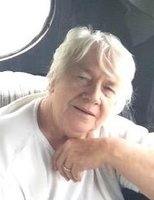 Frances “Fran” Lillian Struble West Almond Fran Struble, 79 of County Road 2A, passed away February 11, 2020 in a house fire at her home. She was born in Buffalo, NY on March 26, 1941 the daughter of Peter Olejniczak and Jessie (Douglas) Olejniczak. Fran had attended Grover Cleveland High School in Buffalo, and married Robert Struble Sr. in July of 1966. Fran had worked various jobs over the years, such as cleaning, factory work and most recently volunteering at Well Springs Ministries in Angelica. She was a very caring person, and was very direct with her words often joking with people that her daughter in law Carrie was her favorite kid. Fran and her late companion John enjoyed going to steam shows, flea markets, and riding around in his antique cars. She was predeceased by her parents, her husband, her great granddaughter, 4 brothers James, Peter, Thomas and Roy Olejniczak, and her long- time companion John Herdman. She is survived by her daughter Mary (Glenn Kyzer) Walker of SC, her sons Robert (Carrie) Struble Jr. of NC, Max Struble of OH, and Peter (Cindy) Struble of LA, her sisters Margaret Terry of Angelica, Arlene Makeley of Angelica, her brothers Anthony Olejniczak of Wellsville, Robert Olejniczak of Fillmore, several grandchildren, great grandchildren and great great grandchildren, her step daughter Joy (Tim) Pender and their 2 girls, and numerous nieces, and nephews. A Memorial Service will be held on August 8, 2021 at 2pm at the Brown & Powers Funeral Home in Angelica, with Pastor David Ford officiating. To send a remembrance please visit www.brownandpowersfuneralhomes.com , or on Facebook @brownpowersfh, the family is being assisted by director Chester A. Gosper IV. The family would like to send out a huge Thank You to all the tireless Fire Companies that responded to this tragedy. Memorial contributions can be made to the Angelica Fire Department PO Box 154 Angelica NY 14709 or any local volunteer Fire Department.