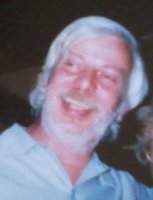 Larry V. Welch Wellsville/Hornell Larry V. Welch, 64, of Johnson Street, passed away Friday (February 7, 2020) at Strong Memorial Hospital in Rochester. Born in Hornell, April 7, 1955, the son of Harold L. and Grace E. Robords Welch, he was a graduate of Hornell High School and had resided in Wellsville since about 1973. Larry had been employed for 44 years as a machinist at Dresser Rand in Wellsville. He was a member of the American Legion Post, the Moose Lodge and the Veterans of Foreign Wars, all in Wellsville. He was predeceased by his parents. He is survived by his long time companion; June Dressig of Wellsville, his daughter; Michelle Welch of Stannards, his son; Jason (Melissa) Welch of Hornell, his brother Ronald (Julie) Welch of Arkport, several grandchildren. To send a remembrance to the family, please visit www.brownandpowersfuneralhomes.com or on Facebook@brownpowersfh. The family is being assisted by Gerald R. Brown, Director at Bender-Brown & Powers Funeral Home of Hornell. Honoring Larry’s wishes, there will be no calling hours or services. Friends may make memorial contributions to: The SPCA serving Allegany County, PO Box 381, Wellsville, NY 14895.