We understand how difficult it is to lose a loved one. Our compassionate and caring team work hard each and every day to make sure that the members of our community and beyond are taken care of during such a difficult time. For advice on what to do when a loved one is dying, making funeral arrangements, pre-arranging your own funeral, or anything else, please feel free to contact us, 24 hours a day, seven days a week.

We promise to work with you and your family in your time of need to create the perfect memorial service for your loved one. We will be here for you today, as well as tomorrow. 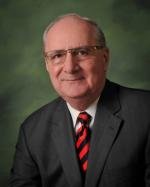 In 1997, Chester A. Gosper IV joined our staff, and we established the Brown & Powers Funeral Home in Angelica, New York, Chet’s hometown.  Our reputation for exceptional service soon became well known and as our business grew, we were able to merge the former Robertson Funeral Home Inc, into our Canisteo Street location in Hornell.

In 2008, Adam E. Dubois joined our staff, and together with other part time help, we now operate all four funeral homes in Steuben and Allegany Counties.

I had the privilege to attend the Fountain National Academy of Embalming Skills in Springfield , Missouri and completed the course in 2007.  In 2008, I was honored to receive the “Distinguished Service Award”, presented by the Simmons Institute of Funeral Service in “Recognition of Unselfish Dedication and Commitment to the Community of Funeral Service.”

But in over 50 years of service to the funeral profession, no honor has been so great as that given to me by the thousands of area families who have called upon us to serve them in one of the most stressful times in their lives.  My commitment to these families will continue long after my time in funeral service has passed, by the wonderfully dedicated people I have been able to work alongside of. 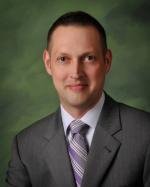 Chester A. Gosper IV born to Chester A. Gosper III of West Almond, and Trudy Weaver of Belfast on December 21, 1971. Graduated from the former Angelica Central School “Class of 1990”, attending Alfred State College for accounting, and later graduating from Simmons Institute of Funeral Service with an Associate’s Degree in Mortuary Science.

I was previously employed at the American House & Hotel in Angelica, the Six-S Restaurant, the Belvidere Restaurant, and Maple City Savings Bank in Hornell, before deciding to become a Funeral director. Since 1997 I, have worked for Brown & Powers Funeral Homes, expanding to Angelica in 1999, and also designing and selling monuments in all 3 locations.

My hobbies include, walking with my two dogs “Cooper” and “Lola”, listening to many different kinds of music, camping, family, and car shows. I have always been interested in automobiles, especially liking 70’s luxury cars. My passions are family, and enjoying life to the fullest.

My latest inspirations are my nephew Grant Russell Preston, and Shea Elsey Preston. To see our family grow through their eyes is so inspiring.

I, look forward to many years in the funeral business. If you are truly happy in what your doing, I believe it shows. My career is very rewarding, and I truly enjoy trying to help people through a very difficult time in their lives.